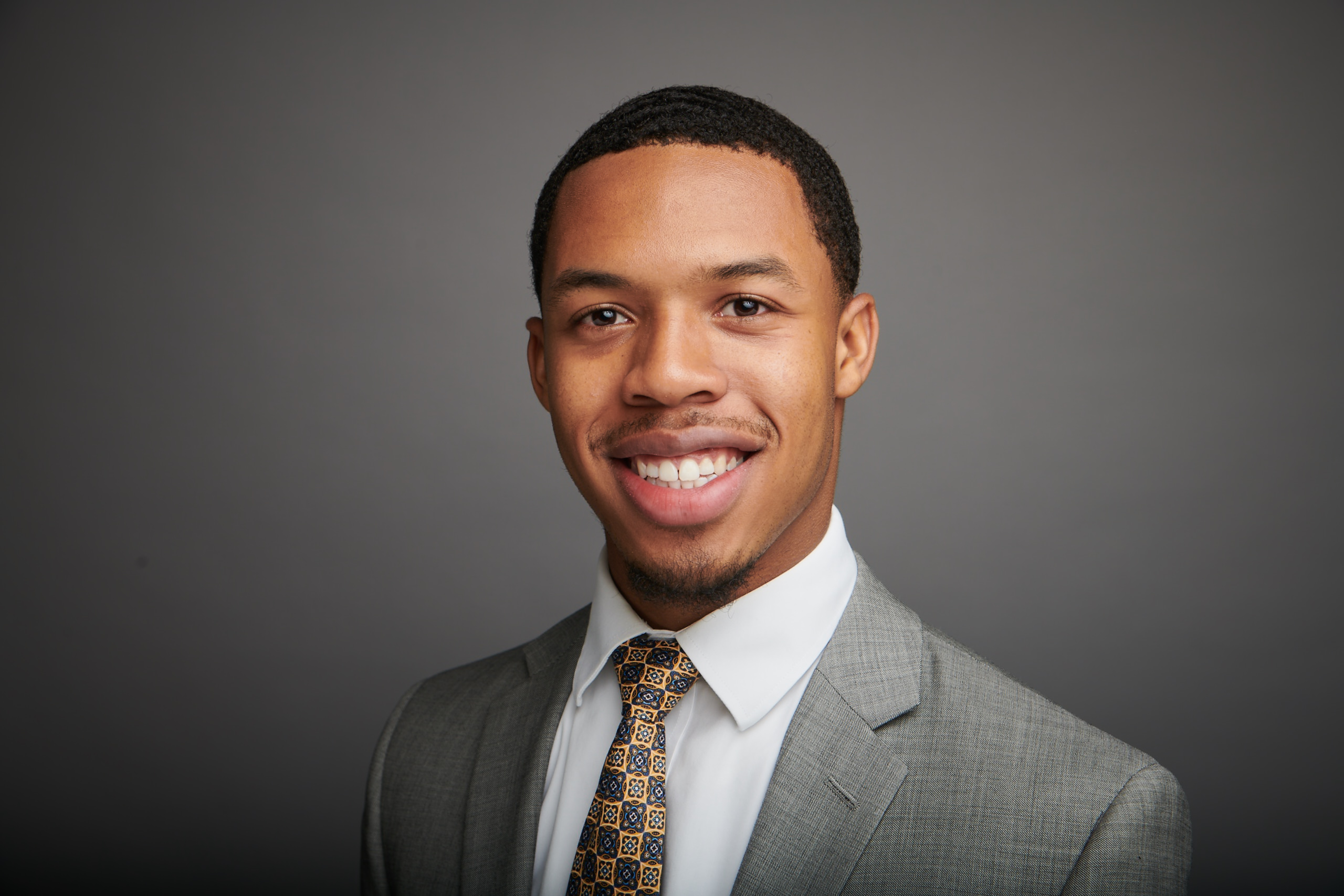 Kameron Gomez is an East Atlanta native, hailing from Decatur, where it's greater. He was raised by a persevering family: two hardworking parents and a selfless older brother. Kameron chose Florida A&M University because it offered an unrivaled combination of opportunities, scholarships, and culture. He says opportunities for Wall Street and Silicon Valley internships, study abroad, a full-scholarship and a glowing HBCU culture were hard to pass on. Recognizing his parents' sacrifices to create more opportunities for him and his brother at an early age, he strives to do the same for his children and his community. Kameron's interest in Venture Capital was sparked and is sustained by a glaring and persistant roadblock for the Black community: the disproportionately low allocation of capital to Black founders. His long-term goal is to generate more entrepreneurial activity in the Black community and close the capital-allocation gap by starting and managing an early-stage VC fund. To this end, Kameron has already spent considerable time working with entrepreneurial and VC-based initiatives like Black Venture Capital Consortium (BVCC), and also why he's starting his career at McKinsey & Company because it will strengthen his understanding of different businesses and industries.

While at McKinsey, he intends to spend his third year on an international secondment or at a VC firm. Business School is also in his career path before he makes the flip to work in VC.

Before even thinking about FAMU, in middle school, his parents expressed to him that they may not be able to pay for me to go to college. This understanding made securing a full scholarship to Florida A&M University a life-changing and highly satisfying accomplishment.

Next, in Kameron's freshman year at FAMU, he embarrassed himself in front of hundreds of students by giving a wildly wrong answer to a basic math problem posed to the audience by the keynote CEO. To his response, the CEO replied "wow, they let you sit in the front?". Towards the end of the same forum, Kameron posed a question to the CEO that was thoughtful enough to elicit applause from the audience and the CEO offered him an internship on the spot—despite his company not having existing internship program.

In his penultimate year at FAMU, Kameron Co-Lead BVCC's second inaugural pitch competition. Organizing and executed a pitch competition was a fulfilling experience not only because Kameron helped give a Black founder $42,000 to help grow his business, but him and the other interns also developed skillsets that will help them become the next generation of Black Venture Capitalists.

Full-time at Business Analyst at McKinsey & Company in Atlanta, Georgia